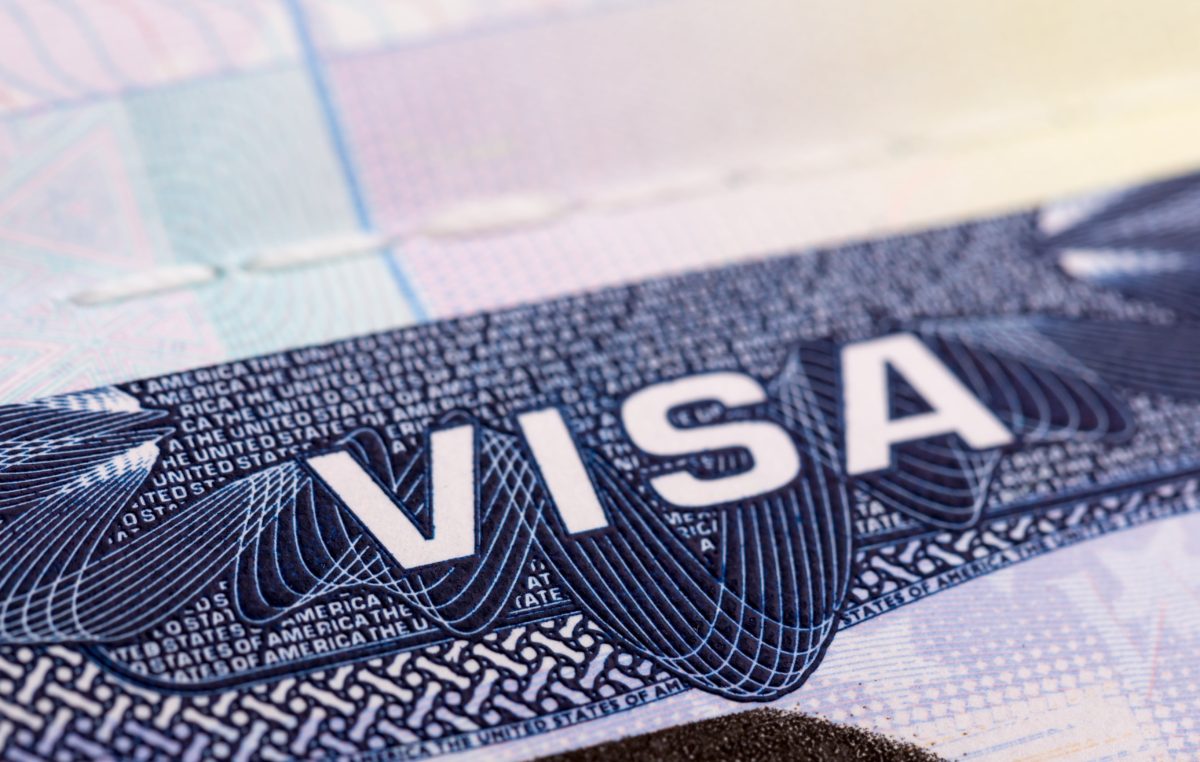 President Trump is rounding out his first 100 days with moves he hopes will bolster American-made products and stimulate U.S.-domiciled manufacturing. On April 18, he announced an executive order, “Buy American, Hire American,” that in part aims to halt abuse of the H-1B visa program. On April 26, he released his tax plan, which—though subject to substantial changes in Congress—sets the tone for an economic stimulus policy based on encouraging domestic business. The plan doesn’t include a border adjustment tax or a value-added tax, two prospects that worried some manufacturers that engage in overseas trade.

The H-1B visa program was established to permit visas for highly skilled foreign workers, who fill roles unpopulated by American workers. Some in the technology industry have argued H-1B visas encourage foreign students to stay in the United States after getting degrees in technological specialty areas. Others say the program is abused, allowing companies to hire foreigners at lower pay than Americans demand for the jobs. The new executive order directs federal agencies to propose rules to prevent immigration fraud and abuse in the H-1B program, a matter brought to light in a 2011 settlement with Infosys for misusing the visa program and in a complaint against Tesla last year, which accused the company of hiring and underpaying foreign construction workers under the program. The order also instructs the secretaries of State, Labor and Homeland Security, along with the attorney general, to suggest reforms ensure H-1B visas are awarded to the most skilled or highest-paid petition beneficiaries, meaning they would be less wage-competitive with highly skilled domestic workers.

The “Buy American” executive order also orders that federal procurement contracts and federal grant programs use goods, products, and materials produced in the United States and instructs federal agencies to assess the impact of agencies’ use of waivers for domestic jobs and manufacturing (among other instructions). The secretary of commerce and the United States trade representative are to, within 150 days of the April 18 publication of the order, provide an assessment of how our free-trade agreements and the World Trade Organization Agreement on Government Procurement affect the implementation of domestic procurement preferences. Federal agencies are also to report on ways to strengthen the implementation of Buy American laws.

President Trump, following his April 21 executive order on identifying and reducing tax regulatory burdens, set forth guidance on actual taxation, which includes numerous reforms meant to benefit the manufacturing sector. The plan, unveiled in an April 26 sneak-peek summary, did not include a border adjustment tax, which would give tax breaks to U.S. companies that export products and would take away tax breaks from U.S. companies that import goods. It also didn’t include a value-added tax (VAT) or a carbon tax. It was also supposed to include a tax incentive for companies redomiciling to the United States and a tax penalty for those choosing to change their country of registration from the United States to benefit from foreign financial regulation, including taxation. The president has previously criticized corporations that relocate to cheaper labor markets then sell manufactured goods back into the United States. That was not included in the brief the White House provided on April 26.

The tax plan aims to generate revenue by massively stimulating the U.S. economy, primarily through manufacturing growth. A reduction in corporate tax rates to 15% is a lynchpin of the plan. That policy is underpinned by the belief that what companies save in tax will be plowed into capital investments—both in plant expansion and labor force training. We’ll see. Congress is deeply divided on corporate taxation, with many believing labor unions and elite executives will reap the spoils rather than invest in labor and production.

The plan also includes a one-time repatriation tax that would allow companies to bring money back into the United States from overseas at a lower tax rate than currently in effect. The rate was not specified, but it was previously reported to be a 10% one-time levy. If successful in bringing home corporate money stockpiled abroad, it could have a double stimulus effect: putting more money into investments stateside and giving a punch in the arm to the U.S. Treasury; an estimated $2.6 trillion is sitting offshore, according to an unnamed White House official who spoke to Bloomberg.

As part of the Trump manufacturing plan, an import tax has been floated—a levy that would certainly affect prices of consumer goods. The president said in mid-April that he favored an adjustable rate import tax that reflects the tax rate on U.S. products in the country where the imports originate. While that might motivate some to bring manufacturing back to the States, logistical and contractual complexities weigh against any sea change. Some of the numerous concerns center on the cost of shifting production from existing supply bases, the disruption of long-term contracts, and the ability of U.S. ports and warehouses to handle any massive shift in shipping. The details of that were not included in the April 26 briefing, but there is one line in the summary the White House provided that, under “Business Reform,” contains a bullet reading: “Territorial tax system to level the playing field for American companies.”

In February, the president met with heads of U.S. manufacturing companies who pressed him to create a tax code that levels the playing field for U.S. companies, Ken Frazier, CEO of Merck, told the media. He is one of a group of CEOs who have lobbied Congress in favor of the border adjustment tax touted by Rep. Paul Ryan, R-Wis. The president said that plan was “too complicated,” and automakers and retailers have balked at a border adjustment tax—naturally, since they rely on imported products. In the hours before the release of the tax proposal, however, Secretary of the Treasury Steve Mnuchin said the administration was going to continue discussions with congressional leaders on the issue to see if there is a compromise version that will fly.

Precision Manufacturing Insurance Services (PMIS), specialists in insuring manufacturers throughout California, can provide you with both the insurance solutions you need and the services you desire to achieve the best protection for your company and its personnel. Our knowledge and expertise in manufacturing give you the upper hand as you compete in an increasingly pro-business environment. Please give us a call at 855.910.5788.