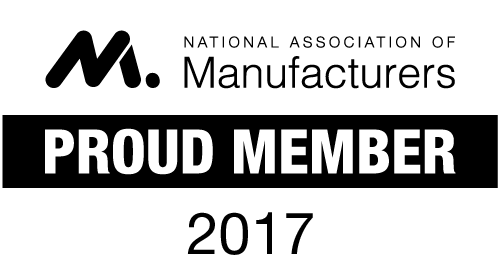 Businesses face an increasingly broad spectrum of risks related to management liability issues in the wake of a tougher regulatory environment and a litigious society. These executive liability risks are typically associated with directors & officers (D&O), employment practices liability (EPLI), entity and fiduciary liability, as well as crime and employee dishonesty. If not properly insured, they can pose great financial harm to a shop. Even those companies that implement best practices can find themselves facing issues involving allegations of wrongful termination, a fiduciary breach in handling employee benefits and other related management liability claims.

Our staff at Precision Manufacturing Insurance Services (PMIS) is uniquely positioned to provide you with the right coverage protection. We can also assist you with mitigating potential losses through our PMHR Division and Affirmative Action Program.

One of the most pervasive myths surrounding D&O insurance is that privately held manufactures have no need for the coverage. Admittedly, such organizations do not have securities exposures approaching the magnitude of publicly traded firms. Nevertheless, simply because a corporation is not publicly traded does not mean it has not issued a “security” that would subject it to U.S. securities laws. Moreover, privately held manufacturers can be sued by competitors, government agencies, regulators, and employees.

Some of the more common D&O exposures of privately held manufacturers include complex claims brought by competitors for anti-trust or unfair competition claims.These claims against against directors and officers generate huge defense and settlement costs. Investigations by government and regulatory agencies can also generate enormous defense costs — even if no wrongdoing is found. And when wrongdoing is found, settlement values are often severe.

D&O coverage is very complex in how it’s designed and responds in the event of a claim. PMIS is experienced in working with our insurers to tailor a policy that meets your profile risk. Additionally, we will go over the specifics of the policy terms, including what is and isn’t covered.

One of a manufacturer’s greatest assets is also one of their greatest liabilities – their employees. Employment Practices Liability Insurance (EPLI) will provide you with protection from claims made by employees, former employees, or even potential employees. These claims usually include allegations of harassment, discrimination, wrongful termination and retaliation. Having this coverage is crucial particularly in light of the Equal Employment Opportunity Commission’s (EEOC) proactive stance to investigate employee claims of employer wrongdoing and California’s tough legislative regulatory position. Talk to us about the importance of EPL insurance and assisting you in implementing strong recruiting and hiring practices, a customized California-specific employee handbook, employee communication programs, management training and other solutions to help mitigate employment-related issues.

Fiduciary coverage is designed to protect plan trustees, fiduciaries, directors, officers and organizations against lawsuits arising from claims of mishandling of employee pension and health and welfare plans. We work with several insurers to provide you with a flexible insurance program including coverage for penalties under the Affordable Care Act (ACA).

What Is 3D Printing?