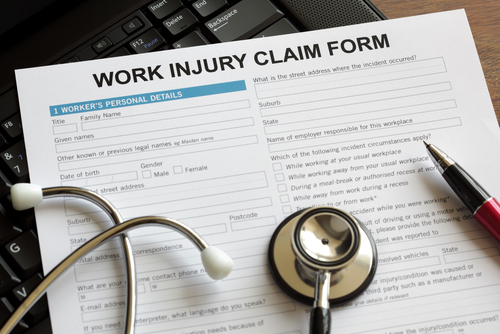 As part of the experience rating process, an employer’s Workers’ Compensation losses are divided into actual primary losses and actual excess losses. Currently, the first $7,000 in losses for each claim is considered primary and counts fully toward an employer’s X-Mod. The remaining losses for each claim are considered excess and have less weight in the rating formula. Dividing losses into primary and excess components and weighting these components differently, according to the WCIRB, has the impact of giving more weight to claim frequency in the experience rating formula and less weight to claim severity.

The revised formula by the WCIRB is now based on a variable split and will be based on the size of an employer’s payroll. Instead of the single split point of $7,000, the primary threshold will range from $4,500 to $75,000 and will be based on the total expected losses for that employer within the entire experience period. Claim amounts up to the determined variable split point will be used fully in the X-Mod. The intent of the variable split point is to create a more equitable experience rating for smaller employers, improve accuracy and reduce extreme fluctuations related to “shock losses,” according to the WCIRB. For example, if an employer’s variable split is $50,000 and a claim is valued at $45,000, the entire amount of the claim will be considered primary. Any claim values above the split point will not be used in the X-Mod formula (zero weight is given to claims in excess of the variable split point). As a result of this change, there will be more than 90 different thresholds.

The WCIRB indicates the new formula will benefit smaller employers since it reduces the volatility arising from the impact of a single large claim. The variable split point formula is actuarially more accurate and improves the performance of the experience rating system, cites the WCIRB. As a result, the new formula will be simplified, it says.

However, there is real concern over the revised formula and whether it will indeed create a level playing field for smaller employers. While any claim that goes over the proposed new 2017 primary threshold ($4,500 to $75,000 depending on the size of the payroll) will not have an effect on a firm’s X-Mod, any decrease down to the primary threshold will not reduce future experience modifications. For example, let’s say an employer’s 2017 primary threshold is $11,000 and the firm has a single claim (paid and reserves) of $30,000. If the claim is reduced to $15,000, there will be no decrease in future X-Mods unless the claim is reduced below the primary threshold of $11,000.  This means that smaller employers may have less incentive to reduce reserves over the primary threshold. This could translate into employers not gaining the full benefits of offering a return to work program and the hard work they do to keep losses to a minimum.

The change will affect roughly 120,000 employers in the state that are eligible for experience rating. Precision Manufacturing Insurance Services (PMIS) provides Workers’ Compensation insurance specifically to manufacturers in California. We will assist you with understanding the new experience rating formula and how it may affect your firm. We will also help you prevent and mitigate workplace injuries through loss control, safety programs and return to work programs. For more information about our manufacturing insurance products and services, please contact us at 855.910.5788.