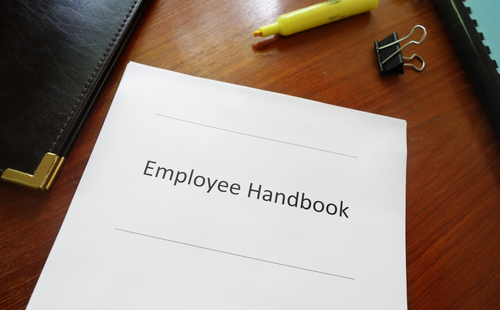 During the last several years, the Equal Employment Opportunity Commission (EEOC) has undertaken a proactive stance to go after companies that are potentially in violation of employment laws. This includes investigating allegations involving non-compliance with the Americans with Disability Act (ADA), pursuing efforts to protect transgender rights, increasing the agency’s efforts to litigate pregnancy discrimination cases, taking on wage-hour disputes, and establishing the EEOC Strategic Enforcement Plan (SEP) for fiscal years 2013-2016. The SEP’s purpose, according to the EEOC, is to focus and coordinate the agency’s programs to reduce and deter discriminatory practices in the workplace. Priorities under SEP include eliminating barriers in recruiting and hiring; protecting immigrant, migrant and other vulnerable workers; addressing emerging issues; enforcing equal pay laws; and deterring harassment in the workplace, among others.

In addition to EEOC regulations, employers in California face state labor laws that are among the toughest in the country. For example, in 2015, several laws went into effect including the California Healthy Workplaces, Healthy Families Act of 2014, which requires most employers to allow employees to accrue up to three days of paid sick leave per year based on an accrual of at least one hour of paid sick leave for every 30 hours worked. The law applies to all employers that have at least one employee who works more than 30 days in a year in the state of California. Also in effect, as of 2015, was the inclusion of information on abusive conduct in mandatory sexual harassment training for employers with at least 50 employees.

Moreover, effective this year, the California labor commissioner’s power was expanded to allow for the collection of back wages and penalties from employers that fail to pay minimum wages and overtime, force employees to work off the clock, refuse to offer meal and rest breaks, or make illegal paycheck deductions. Employers can now be subject to stop-work orders, levies against their bank accounts and liens against their property. Employers, as well as owners, directors or managing agents acting on behalf of an employer, can be subject to criminal and personal liability. Also in 2016, amendments to the California Equal Pay Act went into effect, which prohibits gender-based wage differentials. This amendment makes it easier for current and former employees to allege payment of wage rates less than those paid to employees of the opposite sex, and changes the standard from equal pay for equal “skill, effort and responsibility,” to equal pay for “substantially similar work.”  The amendment also eliminates the requirement that the work be performed at the “same establishment” to demonstrate a wage gap.

Have a Strong and Current Employee Handbook in Place

It’s important for manufacturing firms to not only understand federal and state laws that apply to them but to also have clear policies and an up-to-date employee handbook to help ensure compliance and minimize the potential of an employment practices lawsuit. Among the items included in a comprehensive employee handbook are:

– The company’s vacation policy. For example, can employees use their vacation time as soon as they are hired, or does it accrue over time? What is the vacation request process? What are the legally mandated time-off policies in your area

– How employees track time. What meal and break periods will they have?

The handbook must also include an equal opportunity employment statement and a disclaimer that its provisions do not constitute a contract or a contractual commitment of continued employment. Every employee should have free access to the handbook at all times. Additionally, because handbooks often need to be updated regularly, it makes sense to produce electronic rather than print copies. Make sure new hires not only have the opportunity to read the handbook, but also verify that the employees have at least viewed each page. It is often advisable to have employees sign a document that acknowledges their receipt of the handbook, which can be kept on file.

In addition, be sure you have Employment Practices Liability Insurance (EPLI) in place to protect your manufacturing firm in the event of an employee lawsuit alleging discrimination, harassment, wrongful termination and other covered claims. Why is this coverage so important? Just look at the statistics: According to a study conducted by a national insurer, businesses throughout the country with at least 10 employees have a 12.5% chance of having an employment liability charge filed against it. But in California this statistic is much higher, according to the survey. In fact, the Golden State has the most frequent incidences of employment practices charges in the country, with a 42% greater chance over the national average of being sued by an employee for establishments with at least 10 employees!

Precision Manufacturing Insurance Services (PMIS) specializes in protecting the manufacturing industry in California. We’re well versed in state and federal labor laws and can help you with creating a strong employee handbook as well as provide you with the EPLI coverage you need in the event of a lawsuit. We can’t stress enough the importance of having this insurance protection. Give us a call at 855.910.5788 to discuss this critical coverage in greater detail.